And that’s great because they’re exercising their second amendment rights, and one of the ways you keep your rights is to exercise them.

So many of the folks who formerly were saying, “no one should have firearms; only the police should have them have” have now come around and thought, well, maybe they might want to have a firearm for personal protection, home defense, and for the defense of their family.

Maybe they just decided now’s the time to go out and be a target shooter. All good. It’s no wonder we see an increased sale of gun safes.

For that reason, in this article, I’m going to tackle a bunch of stuff that you need to know now that you’re a gun owner or you’re about to be one.

And that has to do with safety rules, operation, clearing, unloading, handling, some general safety advice, and some next steps.

Here are some of the most important things that a new gun owner should know. There are other things, but I want to emphasize these aspects first.

There are four of them.

For the Universal Firearms Safety Rules, the first and foremost is – Always know the condition of your gun, and always treat all guns as if they’re loaded.

So again, we need to assume the gun is loaded, and we are going to treat it that way. This is a great failsafe. Anyone who has ever accidentally discharged a gun accidentally or negligently did it with an ’empty’ weapon has done it with a gun that was supposed to be empty.

In other words, there is no unloaded gun. We are always pretending that the gun is loaded even if we know it’s unloaded. That prevents us from experiencing any terrible disasters.

Never point the muzzle, you know, the business end part of any gun at anything you are not prepared to destroy or buy. Imagine a laser kind of a light sword coming out here that literally could slice through things.

That’s what they can do if you’re shooting at somebody. So, we always want to keep the muzzle pointed in a safe direction until such a time as we need to get on target.

Finger off the trigger and always along with the frame. You shouldn’t touch the trigger until your sights are aligned, and your decision to fire has been made.

This is an excellent trigger discipline. It is not possible to fire a gun if you do not pull the trigger. Once again, they are not a bunch of bombs waiting to go off. For the gun to fire, you must pull the trigger.

Know your target and what’s beyond it. As responsible citizens, we’re responsible for every single round that leaves the gun.

So, if you’re in a self-defense situation, and you’re shooting, and you’re not hitting the threat, those rounds are going out and potentially could strike someone who’s innocent. So, you need to know your target and what’s beyond it.

2. The Manual Of Arms

This is going to be radicals to some of you, but it pays to read the manual. Every gun, especially new guns, will come with a manual. If you get a gun used, then you can download the manual from the manufacturer. You will find all kinds of good tips there.

How are you going to secure that firearm when it’s not physically on your person? Some folks say, well, I’m just going to throw it in a drawer. That’s totally okay if you don’t have kids and if you know that no one’s going to get into your house at any time and steal your stuff.

Because if they steal your stuff and there’s an unsecured firearm, I don’t think I need to tell you anything else. Find a good gun safe. If it’s a small gun, you can keep it in a handgun safe.

It doesn’t cost much money to invest in a fairly simple safe. If you want simple storage for your guns, you can easily find gun safes that are under 300 dollars.

A gun safe that is small has a lot of perks. You will be able to access that firearm immediately, and it can be attached to your wall, into 2x4s, etc. There are plenty of ways that you can secure a safe so someone can’t walk off with it.

Or you can go with one of my preferences which are large rifle safes under 500. That’s right. You can easily find one under 500 dollars. These large safes are available in either biometric or digital keypad.

If you travel with your gun a lot or a regular commuter, you can even find a gun safe that you can mount to your car. Again, if you want to store the firearm in some other way, that’s totally okay.

From my perspective, as responsible citizens, we also have to be aware that if someone else can access the firearm who shouldn’t get at it, that’s going to be on us. Whether it’s fair not, that’s the way it’s going to be in the legal system.

4. Knowledge Of The Law

Speaking of the legal system, this is the fourth thing you must know. You have to know your local, state, and federal firearms law, particularly if you’re going to use a firearm for personal protection. Every state and sometimes even the municipality has different laws about when you can use lethal force, so know about the legality of having a firearm in your vehicle.

So, a person who’s your size, who has a knife and saying I’m going to kill you and is moving towards you, and you can’t egress, this is a typical situation where you can, you know, go all out in the name of personal defense.

Let’s have a look at the situation at hand. He has a weapon, he has the capability, and he’s identified the intent, which is I’m going to kill you, right, that if I couldn’t and for me, I would personally try to get away, but if I couldn’t get away, I would then be able to meet force with force.

There also has to be an equality of force to force. So, if the person is just yelling and screaming at me and saying, “I’m going to kill you,” well he may have intended, and he may have the capability because the person is a big strong person, but if he’s not actually armed with a weapon, you can’t shoot.

Then again, I have to be very careful of whether or not I can go to lethal force. And generally, states look at is the weapon you’re using to defend yourself proportionate to the threat.

So, if someone says I’m going to kill you and they’ve got a can of spray paint, and they’re spraying it at me, and I use lethal force, it’s going to be hard to convince a jury that I was responding in a reasonable way.

Now, whether or not that’s right, whether someone should be able to spray any kind of paint in your face or whatever right, but again, you must know the law. And just because you think, or you heard it on TV doesn’t mean it’s accurate.

So, make sure you know the law.

Ladies and gentlemen, please don’t neglect training. It’s very important. Anyone who does anything will tell you that they revert to their lowest level of training under stress.

So, if you’re planning to use a firearm for personal protection, or defense of your family, or your home, and you’ve never had any training, and you’ve never been stress tested, the expectation that you’ll be able to perform at a high level when you’re in a light fear mode, is going to be very low.

So, folks who are looking at tools for self-defense need also to get training and practice.  If you don’t have those things, it is very unlikely you will be highly effective at getting combat-effective hits to neutralize a threat.

6. Have A Backup Plan

Also, with regards to the law, know what to do if you have to use a firearm for personal protection. Let’s say you had a weapon, you had the capability, you had the intent, and a bad person wants to hurt you, and you can’t get away; you have to defend yourself.

You need to have a specific plan because the police are going to treat you as they treat anyone, which is they don’t know the facts.

And so, if you jump on 9-1-1 and you say, “Hey, I just shot someone,” it is very different than “Hey, someone just tried to kill me, I think I’m going into shock please send an ambulance; also, there needs to be another ambulance for the person who attacked me.

So, anyway, guys, those are the things that I believe any new firearms owner must think about, particularly if they’re looking at a firearm for personal protection or the defense of their home, their family, and themselves. I really appreciate all of you reading this article. And as always, stay safe. 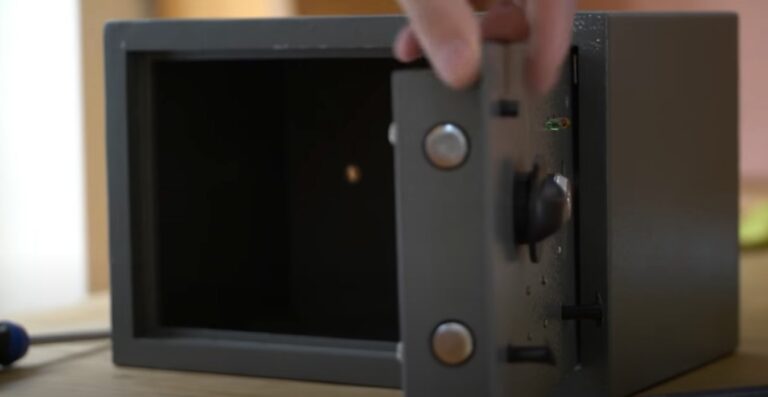 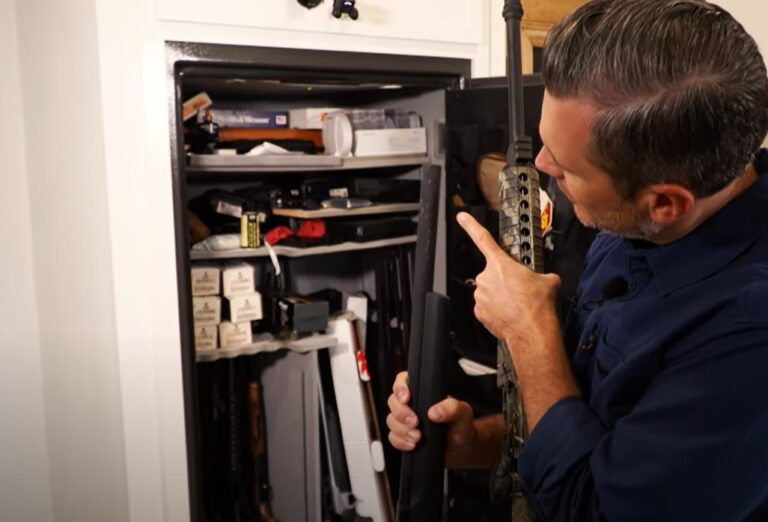 One thing that most gun owners regret is not buying a bigger safe. You can never have too many guns. Safety manufacturers exaggerate the capacities of their products and are not realistic when assessing modern gun collections. Running out of safe space is a common problem faced by gun safe owners. There can be numerous…

You want to protect your investment when you buy a firearm, so you do everything you can to make sure it’s protected. The way you store your firearm is also crucial to protecting your investment. There is more to keeping them safe than just locking them up in a gun safe. Rust and corrosion are… 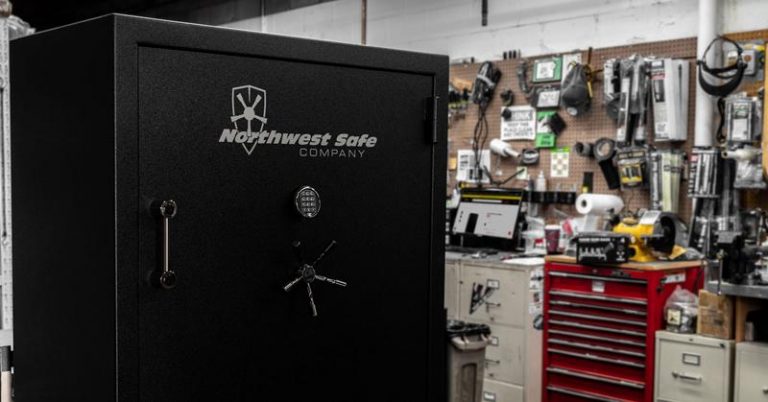 Gun safes come in different styles and sizes, and the most common way to contain guns is by using a gun safe. A gun safe is a must-have in any home with children or in case of an emergency. In this article, you’ll learn how to conceal your firearm from prying eyes and how to…