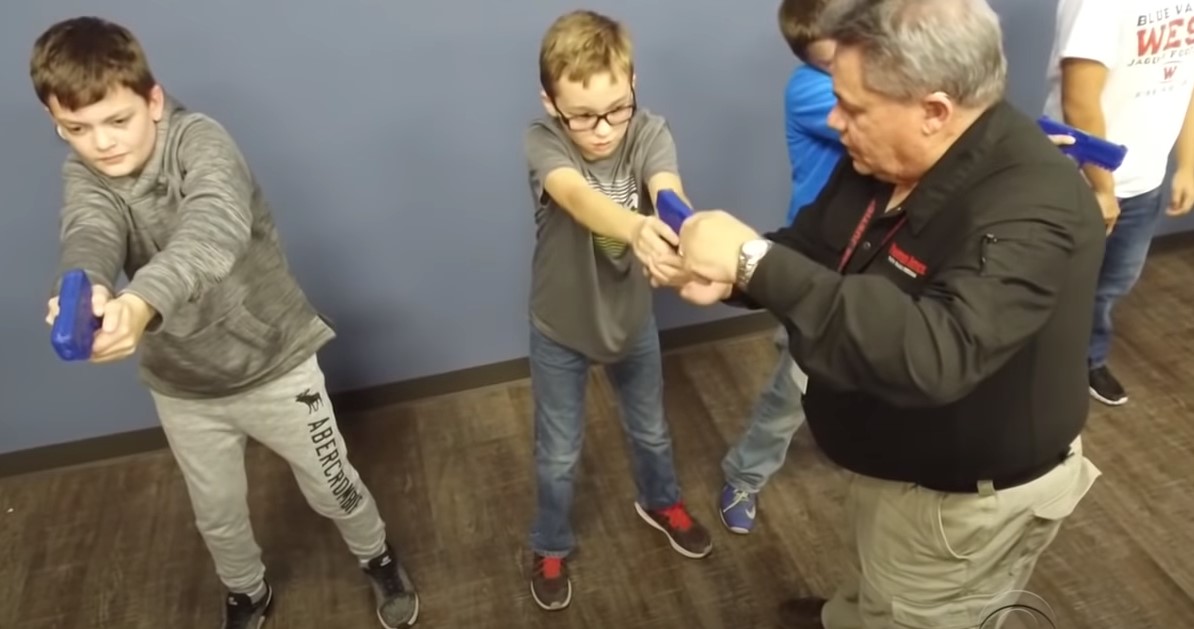 Rather, we should teach them and train them about handgun gun safety. Why?

Over 80% of the almost 500 American children who die yearly by gun suicide use a gun they discovered at home.

And every year, lots of children unintentionally shoot themselves or another person when they find unlocked, loaded guns.

This means always keeping all firearms unloaded, locked, and stored individually from ammunition. However, research reveals that almost 1.7 million American kids live in homes with loaded guns within their reach.

We recognize that kids are still at risk of discovering unsecured guns until every gun is responsibly stored. And parents need guidance on how to discuss to their children what to do if that happens. We need to educate them about guns without fueling their curiosity further.

But how to talk to your kids about gun safety?

Talking to Your Kids About Gun Safety with Robert Larry

Well, based on your kid’s age, the conversation should be different from others. We covered this article for you especially focusing on child’s age. We also added some tips about the conversation.

Children at the elementary level are arguably at the highest risk. Most of the time, they won’t even be able to fathom the risk related to guns.

The Philadelphia Kids’ Hospital reports that there are nearly as many firearms in circulation within the U.S. as there are people. Chances are, you also have a safety handgun at home. But is your kid protected from it?

Be Frank With Your Children

Sit down with your kid and talk about it frankly. Don’t be secretive, be frank. They will eventually know you have a gun anyway, and if you try to hide from them, they will follow you and also try to hide facts from you.

Talk to them about guns, why they are dangerous, and why your kids should not touch a gun if they ever come close.When you are frank and collaborative, they are more likely to follow suit. That’s the best approach for kids at the elementary level.

What If You Don’t Have A Gun?

There’s another aspect to this. Say you don’t have a handgun at home; does that mean your children are secured? The Philadelphia reports signify that all children are likely to come in contact with a gun sooner or later in childhood.

And about one in three handguns were stored, loaded, and unlocked. So, even if you don’t have a handgun, they might still come in contact with it from another source.

In short, make sure that your children are also protected from their friends and other sources from which they can come in contact with a gun.

Middle school is a good time for parents to have conversations with youngsters about how guns are presented in the media and reality. Many portrayals of firearms in media make them look exciting, thrilling, and a great way to solve problems.

But it’s not a great message for kids who are still unable to comprehend the risk associated with them.In this case, parents can help their children by making them realize the truth.

Parents can help them to think deeply about the dangers of firearms by asking some simple questions about what kids see in media, like: “Do you think that was realistic? How might they have solved that problem in a different way?”

A major issue is, children tend to believe what they see in media, and to be fair, I can’t blame them if the media romanticizes them. Media presents most news and especially movies in such a way that naturally makes the children fantasize about guns and the actions associated with it.

Children of this age like to believe they are grown up and can take responsibilities. This belief leads them to take actions way beyond their capabilities.

So, parents need to be extra vigilant about the well-being of their children, their physical and mental health. You, as a parent, should be aware of their friend circle and the people they come in touch with.

If you own a gun, the best way to protect your children is to keep your gun unloaded and out of their reach at all times.

As long as your children trust you and talk to you frankly about things, you should be okay with it. Even if some things go wrong, you should be able to pick them up from them and take necessary action.

High school kids are vulnerable to taking dangerous and impulsive behavior, and guns can play a tragic role, especially in suicide attempts. 75% of attempts that involve a gun occurs with a gun stored in the house.

So even as children get older, parents with firearms at home need to ensure they’re impossible for kids to access on their own.Also, parents should keep the conversation active with kids about their friends, asking questions like “Do any of your friend’s family own a gun or can they access a gun?”

It is also an important and good way for parents to remain in touch with kids. Parents should understand their feelings to determine the situation and keep them out of danger all through adolescence.

High school kids are often courageous and commit hard to what they think is right. They are also very emotional and sensitive.

Keep all these in mind when talking to them, especially if you have a gun at home. Even if you don’t, be aware that getting things is much easier for a kid of this age. So, be careful and pay attention to what they do and say.

Some Tips About The Conversation

Remember, there are nearly as many guns in the United States as people? So, it’s a matter of time before they come in contact with one. And you don’t want them to freak out when it happens.

It is important to keep in mind that talking to youngsters about guns is a precaution, not a guarantee of safety. One research discovered that young children who go through a week-long gun safety training are just as vulnerable as children with no training.

This is one reason we take concern with the National Rifle Association’s program to reduce unintentional shootings by kids. That alone isn’t sufficient to reduce unauthorized access to guns by kids.

To prevent these kinds of accidents, we all need to be careful and cooperative. All we got to do is to play our role properly. And our role is to talk to our children, educate them on guns and safety making sure that they don’t get unexpected exposure to guns from us or from any other sources.

Robert is a born-and-raised gun enthusiast from the American Midwest, with decades of experience working with and using guns and their accessories. Robert started Robert's Defense to help those looking for information on the internet. Robert enjoys fishing and spending time with family on the weekends. 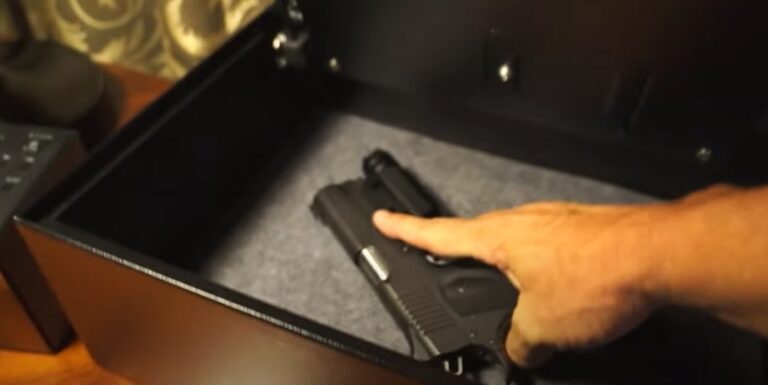 It can be difficult to figure out the perfect location for your gun safe. The safe keeps the money, personal documents, financial records, weapons, and other valuables out of children’s hands and unwanted hands. Our homes should have a place where we can store our gun safes, but where should we put them? First of… 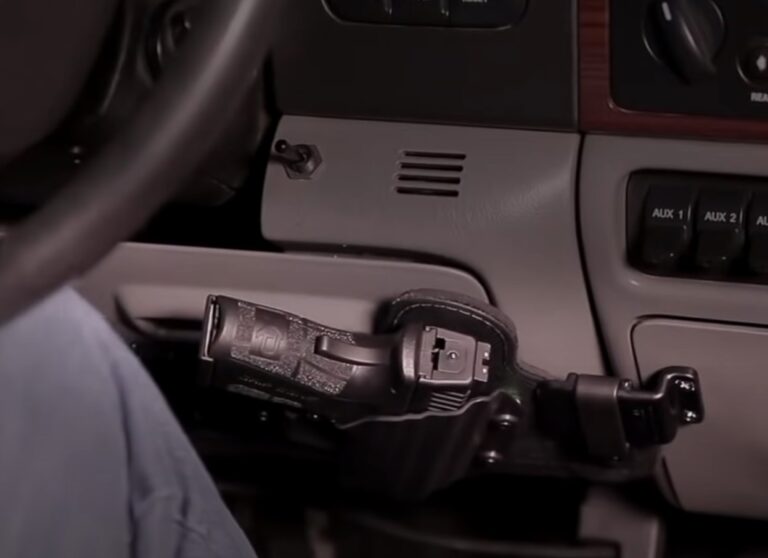 Understanding the legal limitations and regulations that come with a gun safe is also important, along with knowing exactly how to install one on your vehicle. You don’t want to install your gun safe, only to discover that you are in violation of the law. You can end up paying a lot of fines and… 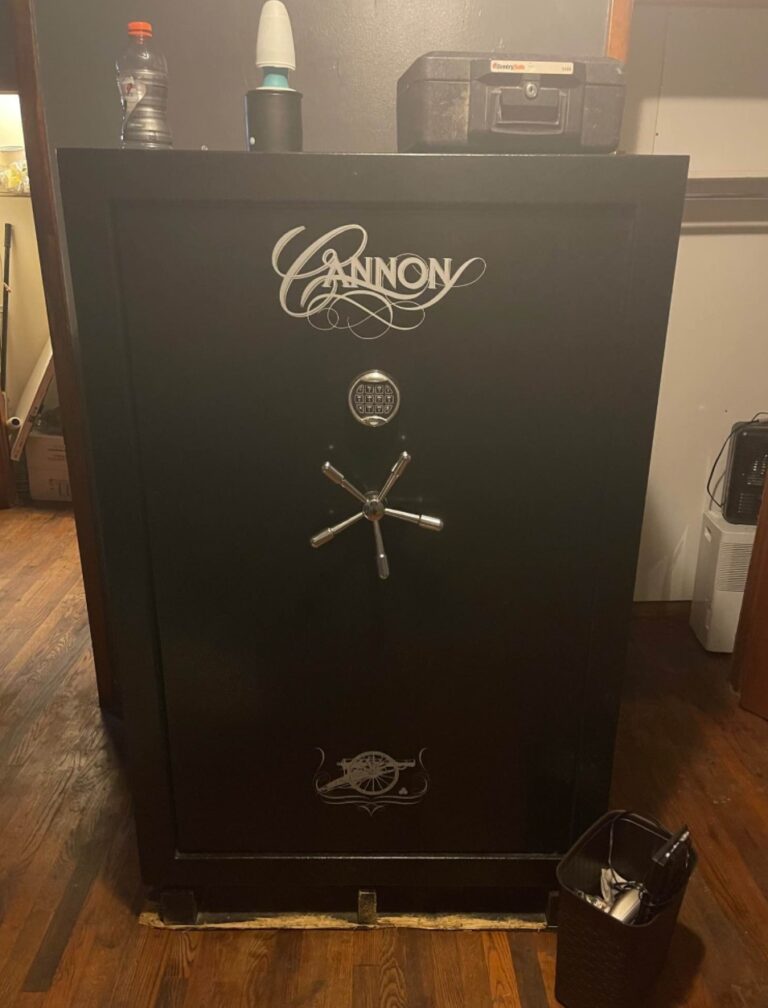 Keeping your most precious possessions safe and secure is what a safe is for. It’s inevitable that you will have to move an enormous, heavy safe at some point. Gun owners are more likely to have a gun safe rather than portable safes, such as car gun safes, or cheaper gun safes under $100. Many… 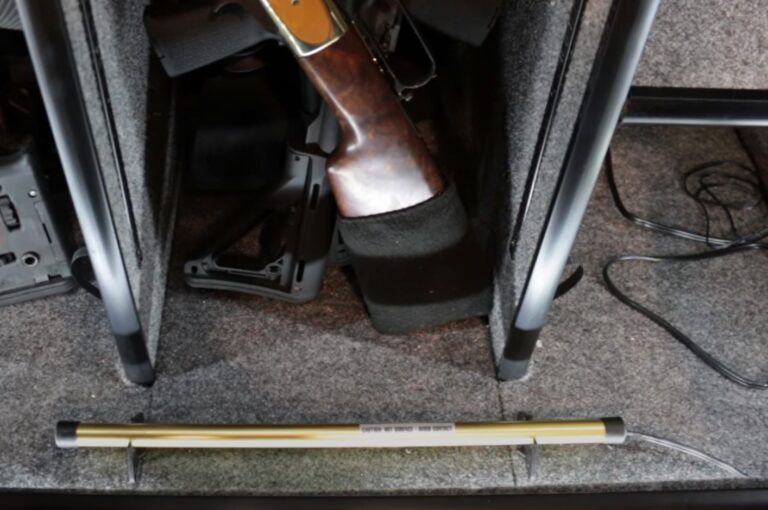 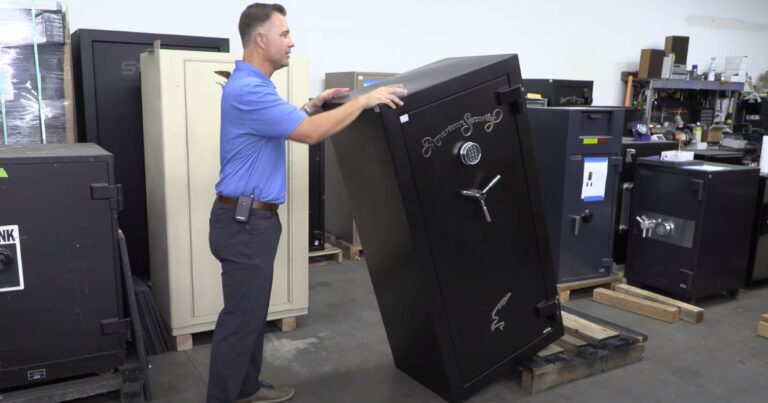 Gun safes come in all different shapes and sizes. The small ones are obviously easy to transport. However, those monster 1200-pound heavy-duty gun safes are tricky to move. First of all, you will need to think about how to move your safe safely and without causing any damage before you move it around your house…. 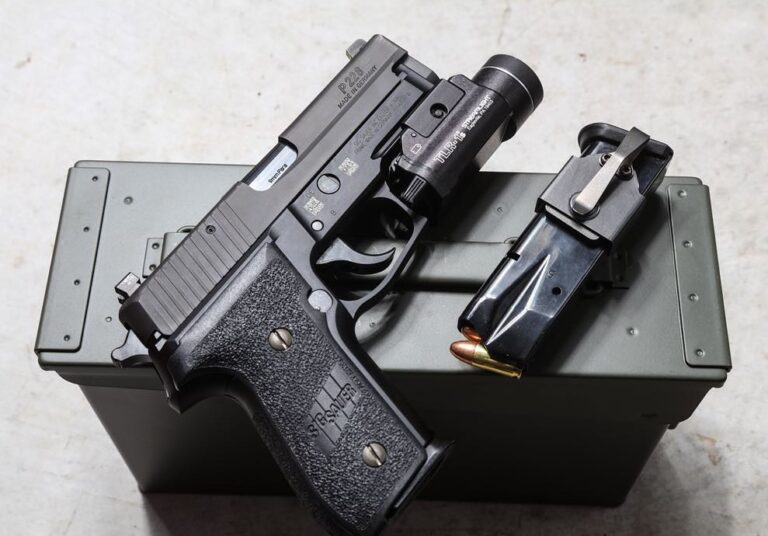 Do a lot of American citizens sleep with their guns right next to them? Doesn’t this pose a danger to them? Is the gun loaded? Does their safety always have to be on? Quite a few questions there. Here’s my response to each. The answer depends, at least in part, on what you mean by…