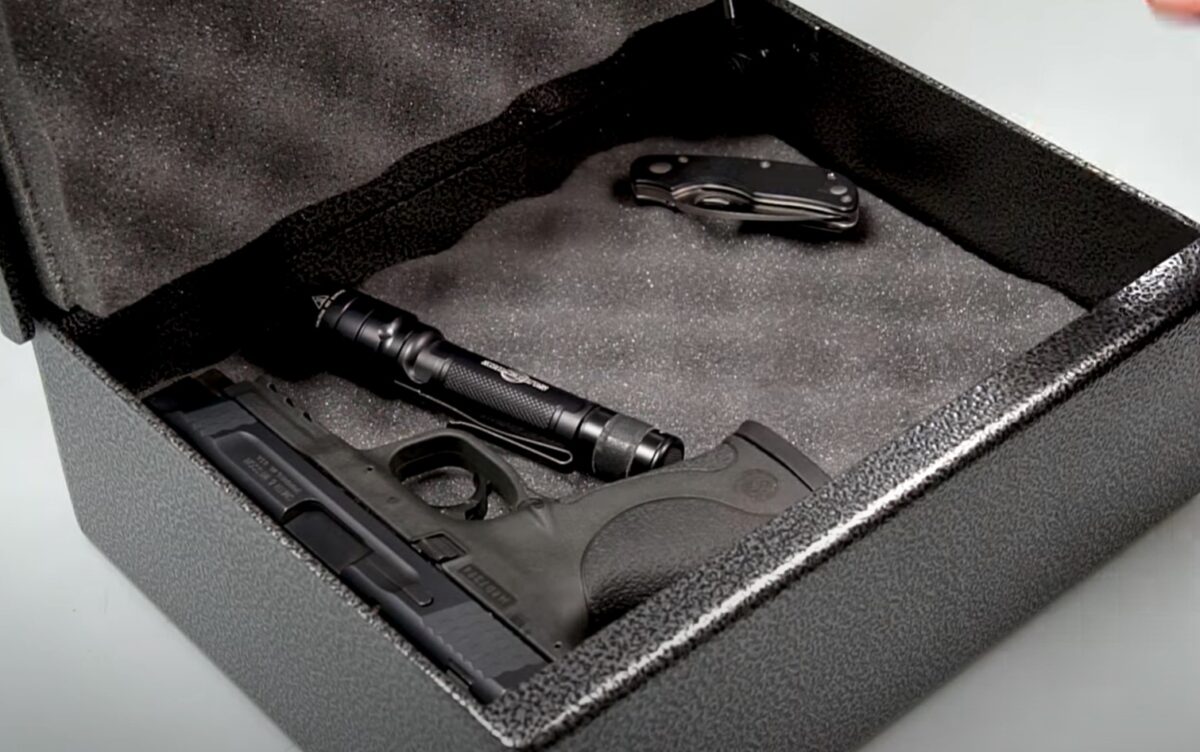 Gun ownership necessitates an extra level of responsibility. Gun accidents cannot be renegotiated. All unsupervised guns should be locked away.

Is there a safe way to keep a firearm accessible during an emergency, but out of reach of determined children? Even though the task is harder than one might think, this is a riddle responsible gun owners must solve with their families.

It is important to use the right equipment.I would recommend an upright safe for gun storage since a handgun may eventually become a long gun (you can never have too many guns).

Safes should be stored in closets unless you’re planning to design your home around them. The pistol vault should be connected to the floor and the wall with bolts. There are many safes designed specifically for this purpose on the market.

Always lock up unsupervised guns unless you are carrying your handgun or unless you are in the bed next to it at night. When you need to have a gun on hand at your home, carry it on your person. Put it in a place that only you will know about.

How To Keep Your Gun Safe and Accessible?

Gun cabinets and rifle safes are obviously too large to be portable. Safes come in a wide range of shapes and sizes that provide an excellent balance between accessibility and safety. It is possible to find gun safes that offer fairly good security while offering easy access.

It is possible to keep a much larger safe nearby and still have access to it, for instance, if your gun safe is hidden behind a bookcase or in a wall.

Drawer safes are very compact and can still provide very high levels of security, as they are easy to store, easy to access, and difficult to open by an unauthorized individual.

A secure safe that can be easily stored under a bed, in a car, or in a closet might seem like the most obvious choice if you want accessibility. A bolted-down configuration makes them both secure and quick to access.

Many guns now come with these simple and affordable accessories. Unauthorized users cannot fire a gun with a trigger lock. Although they might not be as secure as other options, there is no beating a simple trigger lock when it comes to accessibility.

The biometric vault allows access to a firearm in an incredibly short time and can be found nearly anywhere.

With practice, you can access the push button lock in under two seconds rather than the keyed or combo lock, in my honest opinion. During an emergency, I’m not sure if I would depend on fingerprint readers.

How To Keep Your Gun Safe Secure?

Many of us who grew up with guns had the ability to gain access to our parent’s safe whenever we wanted. Children and teenagers can make up any combination they can think of if they are given the chance.

The place where you are going to mount the safe is a major consideration before you make your purchase. Solid surfaces, such as furniture, studs, or joists, should be attached firmly to it.

However, if a determined burglar has enough time, they can pry off the safe, but burglars tend to target the easiest targets. They all have predrilled mounting screw holes on the underside. Keep your weapons safe with these additional precautions.

Keep Revolvers Away From You

Children still might not be able to load a semi-automatic weapon properly even if they get their hands on it and your ammunition. A revolver is easier to use. There are many benefits to revolvers, but instead of buying a revolver, consider buying a high-quality semi-automatic pistol.

Ammunition should be stored separately from your gun, keep it unloaded In the event of an emergency, gun owners are sometimes afraid of being caught flat-footed.

You can significantly increase your security on a day-to-day basis if you keep your gun and ammunition inaccessible, separate vaults. If an intruder comes knocking, you are not slowed down too much.

Your Combination Should Be Changed Frequently

Chance will determine which combinations are safe for children. Regularly changing your combination decreases the likelihood of something slipping.

Regardless of the ages of your children, don’t underestimate their ingenuity when it comes to getting into things you have forbidden.

In the United States, gun safety is becoming an increasingly controversial issue. In spite of their use for mass murder and self-defense, guns are used to kill hundreds of people each year. It is important to recognize that this article doesn’t take a stand on political opinions about gun ownership in the United States.

Gun owners will instead be able to find safer hideouts for their weapons. When your family is scared of home invasions, a gun can provide safety. However, it is vital that firearms are stored in a safe, secure, but easily accessible area.

What Are The Benefits Of Keeping Your Gun Hidden But Accessible?

Guns should be kept hidden for several reasons. It is important to know where and how to store your gun if you choose to keep it at home.

It is important to store your guns safely so your family will be safe.Gun owners should keep their firearms hidden at home and prevent leaving them exposed.

You may not be clear on why it is important to secure your guns in a gun safe rather than a nightstand drawer, so we compiled data and studies to help explain why it is a good idea to store them in a gun safe.

Protect Others From Accessing The Gun

The danger is present when someone has a gun in the house and leaves it in plain sight. You expose your children to potential harm when they invite their friends over. In order to impress their friends, children often come up with unusual ways to do so.

Children don’t have the mental capacity to rationally process the decisions they make because the mind of a child is not yet developed.A teenager may feel tempted to show off a gun when they see it or know how to get to it in the house.

There is obviously a danger with this situation since children have not been taught how to use guns safely. It is possible for them to load a gun and then attempt to fire it in the backyard, possibly injuring or killing someone.

It is never a good idea to make guns readily available to children or teenagers. Teens and children need to be prevented from getting access to firearms by locking them in gun safes.

Defend Your Home Against Intruders

The homeowner frequently wants easy and quick access to fire arms in case of a home invasion. The plan is to pull out their gun from under the pillow when they need it. This, however, is extremely dangerous.

Your gun might be discovered by an intruder before you even find it if you’re at home. You and your entire family may be in danger if the intruder finds your firearms first.

After breaking into a home, intruders will begin searching drawers and cabinets. Researchers have found that burglars typically target bedrooms (where guns are kept in the majority).

The lives of you and your family are in danger if a burglar makes off with the gun and bullets. If you do not keep them in a secure location, your guns can easily be turned against you since they are not loyal to a person. Instead, you want to store your weapons in a vault that is impossible for burglars to break into.

Guns should be stored in locked storage cases, safes, or vaults, according to gun safety expert Amy W. Anzilotti, MD. A portable safe or a separate location should be used to store the gun bullets.

The likelihood of a child finding a firearm and using it unsafely is reduced when the firearm and ammunition are split. A child’s curiosity often leads them to open drawers or look into cabinets.

It is likely that they will become curious about a gun if they see one. Playing with the gun might entice the child. Children can seriously hurt themselves or others if the gun is loaded and left out in the open.

Additionally, teens at home could be suffering from depression, anxiety, or any other mental illness that can lead to them acting recklessly. Troubled teens may hurt themselves or others by using household guns if they are able to access them.

Suicide is the third leading cause of death for teenagers, according to the Centers for Disease Control and Prevention (CDC). The majority of teen suicides are committed with guns.

Most gun-related deaths involve family members’ guns since teenagers cannot buy them on their own. A troubled teen may attempt suicide if the weapon is within reach. Lock your guns in a secure portable gun safe if you want to prevent accidental or suicidal death.

The safety and accessibility of firearms have to be balanced by gun owners. Most people keep their guns under their pillows, but that is not a very safe practice. In order to keep your weapons safe, you should keep them in very high-security safes and change the combination as often as possible.

This isn’t always the best solution. Choosing the right products, however, won’t require much sacrifice from you. It is 100% preventable for the misuse of firearms to cause injuries to children. 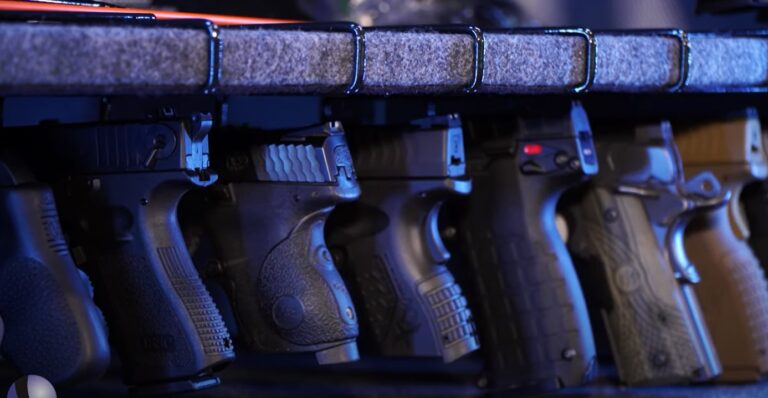 Most gun safes provide a high degree of protection against potential hazards. However, that doesn’t mean you should ignore gun safe maintenance. In order to help make your safe last longer and to ensure it protects your valuables, there are several things you can do. A safe can last a lifetime if it is maintained… 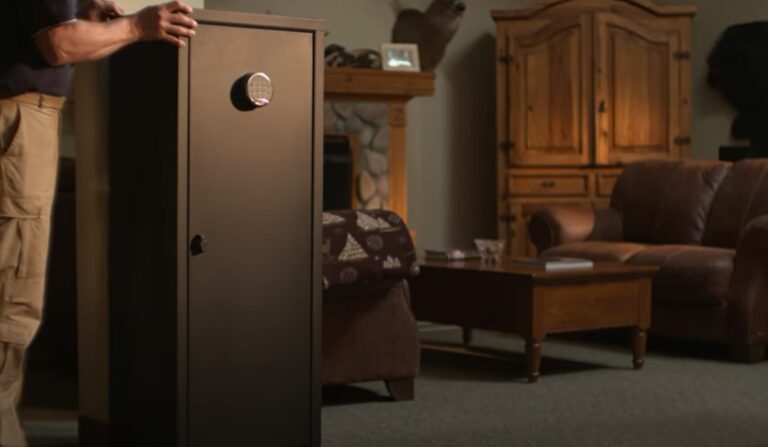 It is now a common sight to see gun safes in the homes of gun owners. When you keep your guns in the right storage conditions, you can ensure excellent conditions for a long time. In addition, you are responsible for keeping your guns in good condition since they could be dangerous if not stored… 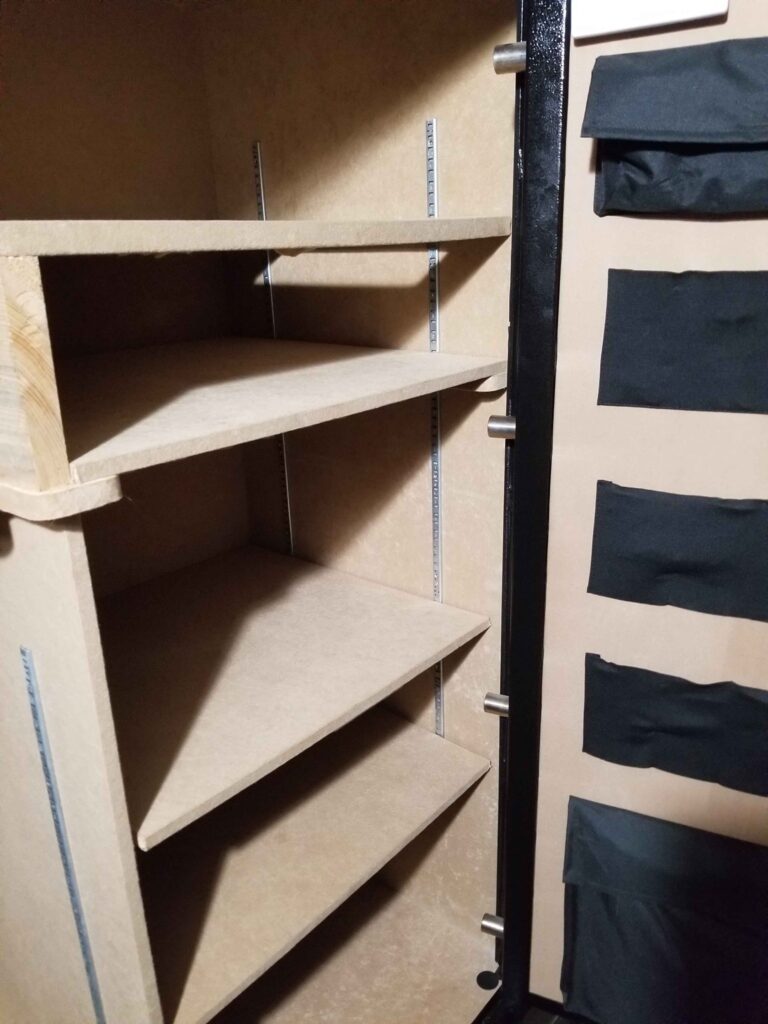 Safes for guns are probably your go-to method for protecting your valuables. To prevent this weaponry from falling into the wrong hands, invest in a gun safe specifically designed for storing guns. Safes are great. However, to receive maximum protection, you should also place them in the right location. There are many aspects to a… 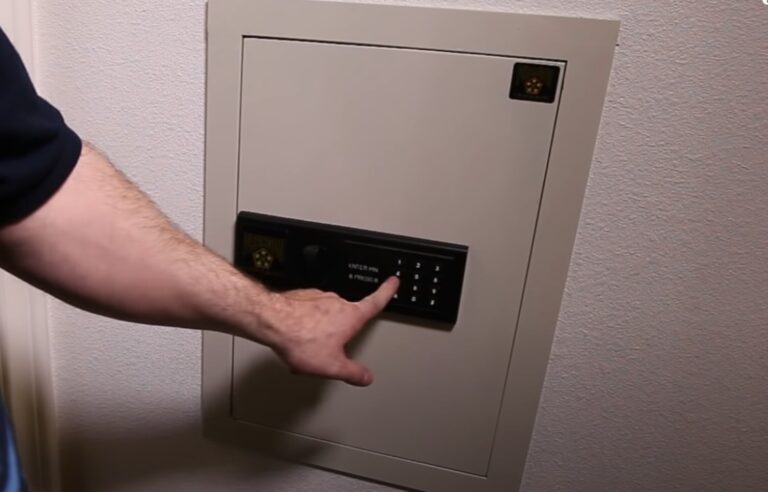 Secure home safes are frequently used by homeowners to store important documents, small amounts of money, and jewelry. In reality, however, the security of your possessions is largely determined by where you store them as much as by what you store them in. Safes parked in places that are obvious invite thieves to find and… 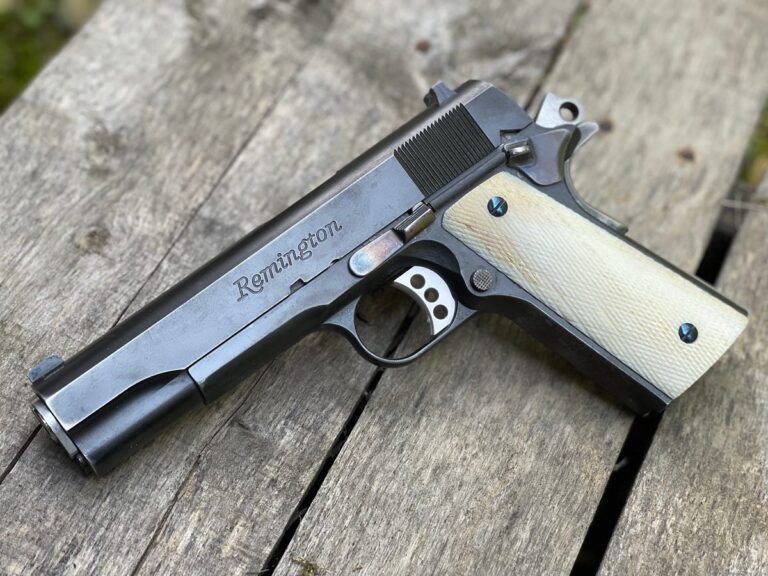 Did you know you can fly with a gun? I have written a detailed guide on how to legally fly with firearms on a commercial airline. There’s no point in putting your gun into your carry-on bag hoping that it’ll work. There is nothing more frustrating than being delayed at the airport, waiting long hours…

You want to protect your investment when you buy a firearm, so you do everything you can to make sure it’s protected. The way you store your firearm is also crucial to protecting your investment. There is more to keeping them safe than just locking them up in a gun safe. Rust and corrosion are…